Out of all the candy bars I would have to say the Twix bar is pretty high on my favorites list.  So, when I saw this recipe for an alternative take on the classic candy bar I just had to have a try.

I got this recipe from Bigger Bolder Baking YouTube channel, which labeled this as guilt free.  In addition to being guilt free, the bars are gluten free and vegan friendly!  This allows them to be shared by a wider audience. Which is always a plus for me when baking.

One thing to note, you WILL NEED parchment paper for this.  As I found out, oiling/buttering does not work well.  Without it you will have a mess when it comes to cutting, as seen below with my first attempt.  The short bread part will stick to the pan and cutting it out will completely destroy the layers. 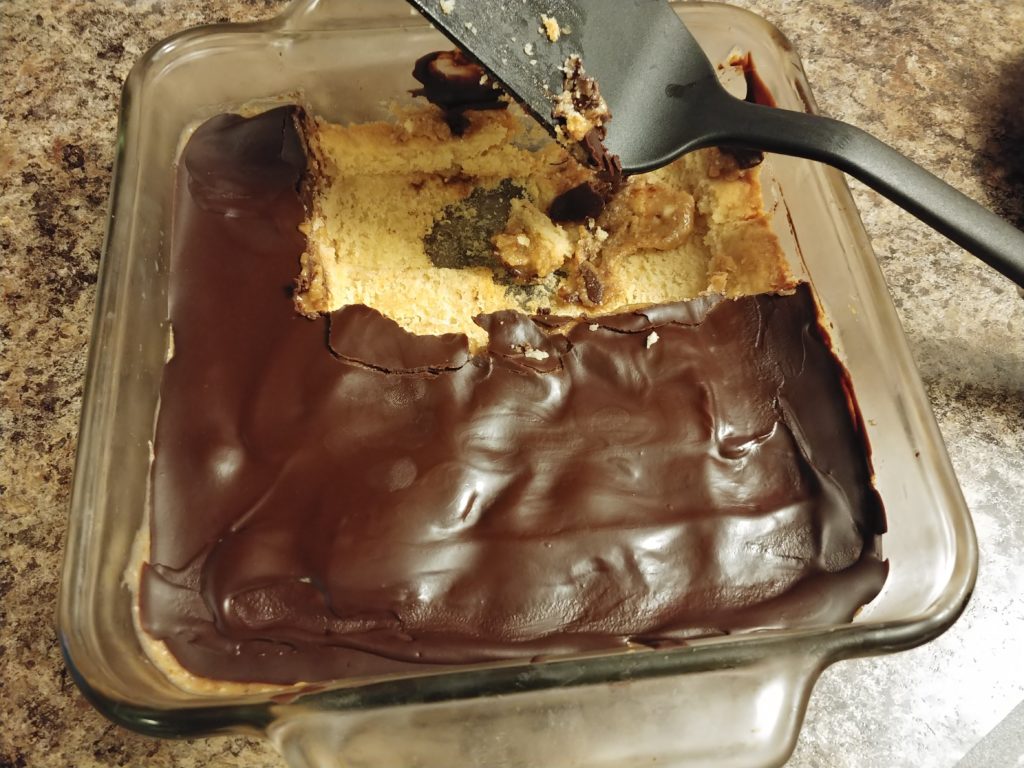 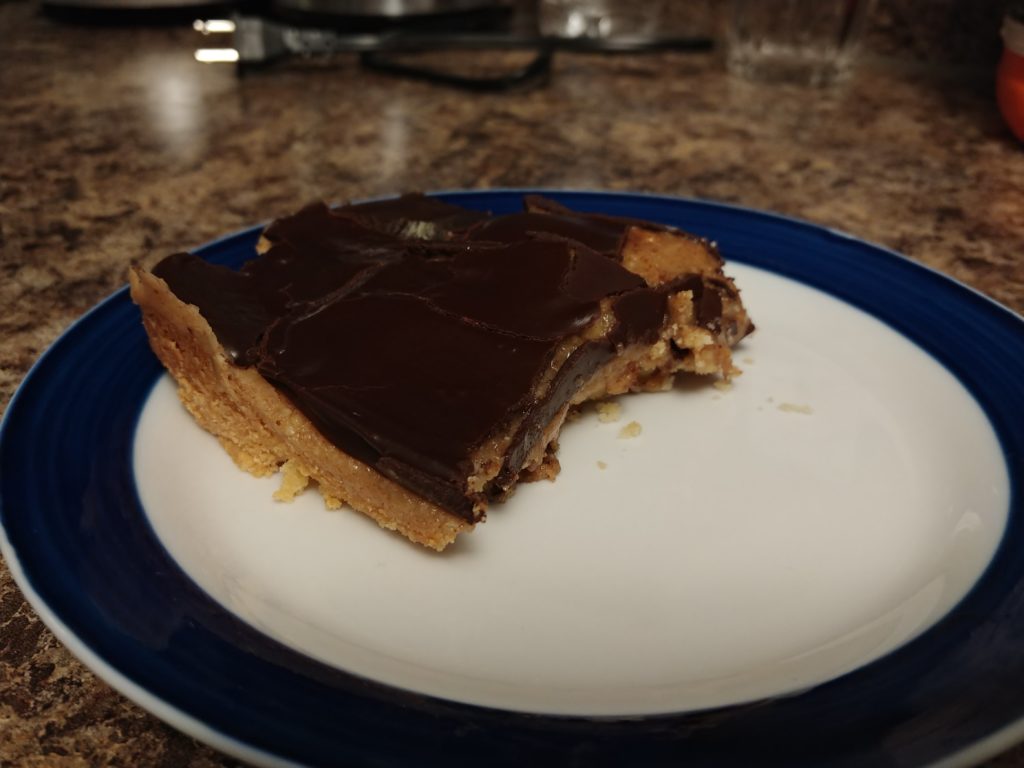 One of the main ingredients in this recipe is maple syrup.  This was the first time I baked with maple syrup in substitution of sugar, and it was interesting.  I actually do not like maple syrup a whole lot.  A bit is okay on pancakes or french toast, but on its own not a huge fan.

To my amazement there was not really much of a taste of maple syrup, which was cool.  The next surprise came in the caramel layer.  I have a recipe for vegan caramel, it is actually my go to caramel recipe, but this one was completely different.  It utilized almond butter, maple syrup, coconut oil, vanilla, and some salt.

When I first made these bars I actually tried my hand at making homemade almond butter.  Which proved to be a lot of man power.  I was making it with my housemate and we used his nutribullet rx, but ended up switching it up with my food processor.  It took forever to make, so this time I just bought almond butter.

While I would say this looks like caramel, it does not taste like it.  It is really good, but it has a strong almond taste from the almond butter.  I am debating using my go to vegan caramel for another retry, but I like the almond flavor that the short bread and almond butter mixture brings.

The top of the bar was like magic shell, which made me very excited.  I have wanted to make a homemade magic shell for a while and this was my chance to.  One problem I ran into was that the chocolate would set very quickly, because of how cool the bottom two layers are.  So, you want to make sure you work quickly on spreading it.

With that said, it is hard to call this a Twix Bar, because it does not taste like one.  I would call this more of an almond delight bar or something along those lines.  You have the almond flour and almond butter which stand out really strong in this recipe.  If you like almonds, then this is the bar for you!

Check out the recipe here: https://www.biggerbolderbaking.com/healthy-homemade-twix-bars/